Have you seen interfaces which have no methods in a project you were working on? Every time you see one of those, it should raise a mental red flag. Marker interfaces are a terrible design choice! I will explain why and what to do instead. 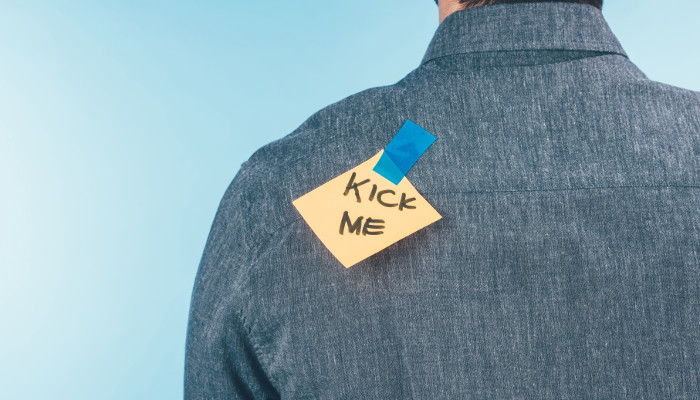 When someone new to a codebase looks at an empty interface, he will always be puzzled.

Does this mean that nothing is displayed for the LoginView? No, it just means the data and/or behavior is hidden somewhere instead of revealed. The number one most important quality of team code is Understandability. Code that hides its intent is not understandable. You just forced the next programmer to do a bit of detective work to discover how this interface works.

Include in your interface all of the functionality that an object provides. Don’t leave any detail out.

Every time a marker interface is used, it is always paired with at least one more terrible design choice.

Maybe there will be some type-checking and casting involved.

Maybe it will involve reflection scanning your assemblies and auto-magically wiring some stuff up.

Maybe it will be some other problematic design.

Sometimes in programming, it makes sense to write one piece of quick and dirty code in order to deliver business value sooner. But if one choice leads to another terrible design choice, then that path is too costly. It will damage your system a LOT.

The moment you realize that one bad design decision will lead to another, find a different design immediately. This is the moment where you can save or doom your system, perhaps permanently.

Libraries and frameworks that utilize Marker Interfaces tend to require you to include them all over your codebase. You’ll take a nice clean data structure and then find yourself adding any number of Marker Interfaces, which will change as you add/remove integrations.

When you have a lot of classes who need markers, it becomes very tedious to add/remove or find classes who are missing a marker interface that they needed. Sometimes old marker interfaces are left cluttering up the codebase even after their reason for being added is gone.

Don’t use invasive libraries or frameworks that require you to use Marker Interfaces. Find or create alternatives.

In a project I was working on, my team would add a unique marker interface to each View Model data structure that we stored in MongoDB. Then, when they were later read by another application, the factory seemed to imply a very type-safe design:

But, it was all a lie. What was written to Mongo was always object and what was read was always dynamic. The Marker Interface? That was simply stringified and used as the Collection Name. There was no real type safety at all. Since a marker interface is a contract who requires no behavior, he can never provide type-safety. He can be added or removed from any object without changing the apparent behavior of the system. This makes type errors HARDER to catch, not easier. We experienced a LOT of hard to discover bugs because of this very design choice.

If the operations you are performing can be performed on object then don’t use interfaces. Just send/receive object.