For any non-trivial program to grow in maintainable manner, it must be composed of structures, and small substructures, and even smaller substructures. There are several different prevailing paradigms about HOW you should compose your software. Here is a brief overview of the different types of software composition. 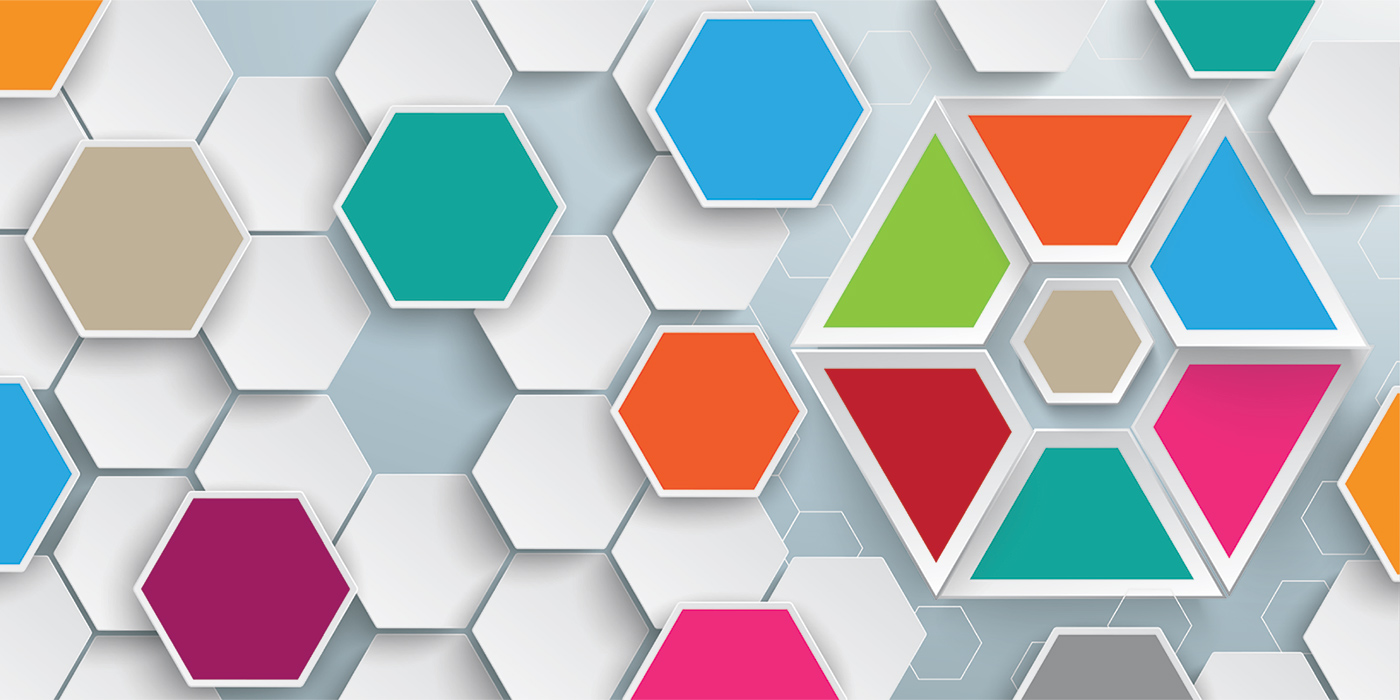 Uncomposed software is really the only wrong way to build your software.

In uncomposed software, there is no separations of concerns. There typically are problematic crossings of domain boundaries. Leaky abstractions.

Things are connected, but not composed.

The code of uncomposed software has many shapes, but all of them structurally look like a Big Ball Of Mud.

Procedural programming is giving a linear set of instructions to a computer. It’s one of the most common ways software is composed, since it’s closest to how the computer itself operates at a machine level.

Good procedural code has a clean separation of abstraction layers and reads like a good recipe.

Any iterations are put in their own subroutines.

Any control flow decisions are put into their own subroutines.

This is what good, clean Procedural Composed code looks like.

Functional composition is about declaring the whole application as a single operation which takes one input and yields one output. The metaphor for function programming is a Pipe. It allows for unidirectional data flow, while forbidding reassignments, mutations and side effects.

Good functional code has a clean separation of abstraction layers, lots of small, pure, well-named functions. Since it uses small scopes, often its variable names are shorter, since there is no ambiguity.

Without linebreaks for visual separation, its shape is a train with a number of cars connected.

With linebreaks for visual separations, it looks different, but notice that each function is connected to the next function. The composed function (CalculateDrivingDistance) is declared as the final result of the chained sub-functions.

It’s a clean declaration of a higher-order functions, composed out of many smaller functions, most of which take 0, 1, 2, or 3 arguments.

When multiple states are possible, functional code uses union types such as Maybe or Result to represent the possible states.

Object-oriented composition is about declaring your application as a set of objects, each of whom fulfills contractual jobs as defined by their interfaces, and each of whom fully encapsulates its own data, sharing it with no other objects.

Composed object-oriented code always looks like a slope or a diagonal line.

It’s a clean composition of small objects, each with one clear job, as expressed by their names.

Composing objects together in flexible ways requires clear abstract interfaces, and use of the Decorator pattern.

Once an object is composed, he is simply given instructions to execute his job, often with a command like Go or, when he returns a result, with a query like Get.

Are you working with composable software?

The easiest way to tell is to look at the shape of the code.

You can obviously see well-composed software since it almost exclusively is composed of straight lines. 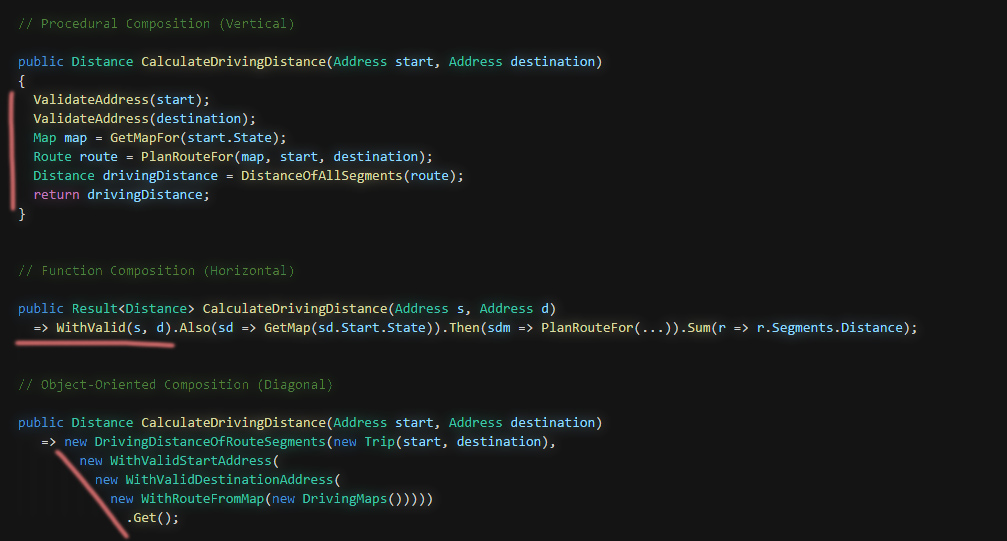 If you see other shapes, then it’s likely that there are structural oddities in the code. You will likely find corresponding oddities in the business process, or in the discipline or understanding of the programmers.

No matter which style of composition you and your team prefer:

Do you see interesting shapes in your codebase? Share them in the comments.